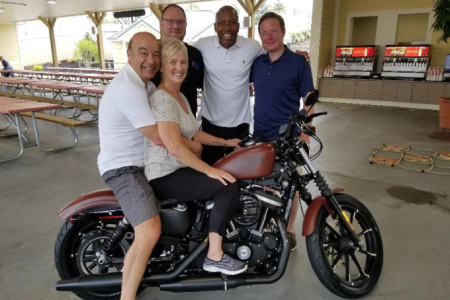 You’ve never seen a work anniversary gift like this. It’s a gift that guarantees smiles and maybe even some tears. Instead of giving a ho-hum trinket as a reward, PB&J Restaurants, Inc. goes BIG. They generously hand over keys to new Harley-Davidson Sportsters® to say thank you to employees who are celebrating 15 years with the company. 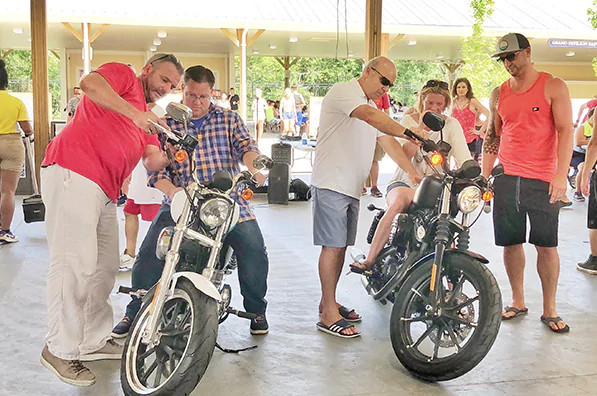 It’s a tradition that started from a casual conversation when they opened their first restaurant in 1987. Since then, 62 motorcycles have been gifted. And this year, PB&J will change the lives of nine more employees who have 15-year work anniversaries with new Sportsters at the company celebration on July 4th. The 2019 gifts mean 71 hardworking long-time employees have received the memorable gifts.

PB&J Restaurants, Inc. was started by Paul and Cindy Khoury in Overland Park, Kansas, and now has 33 operations spanning across the U.S. Paul and Cindy’s son, Pat Khoury, is President of PB&J and is carrying on the family culture that’s always been an important part of the company.

“We have almost 3,000 employees, and we try to instill a feeling of family throughout,” Pat said. “It makes things fun, too. We have loyal people – they’re like family and friends.” 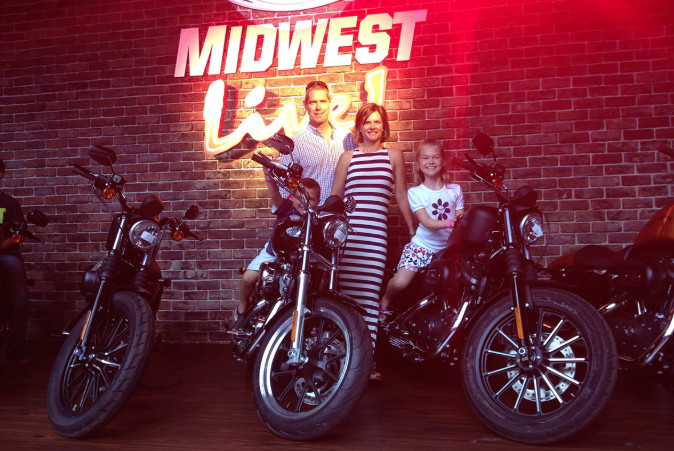 A TRADITION IS BORN

“What would you want if you work here 15 years?” Paul asked.

“A Harley-Davidson motorcycle,” the waiter replied. 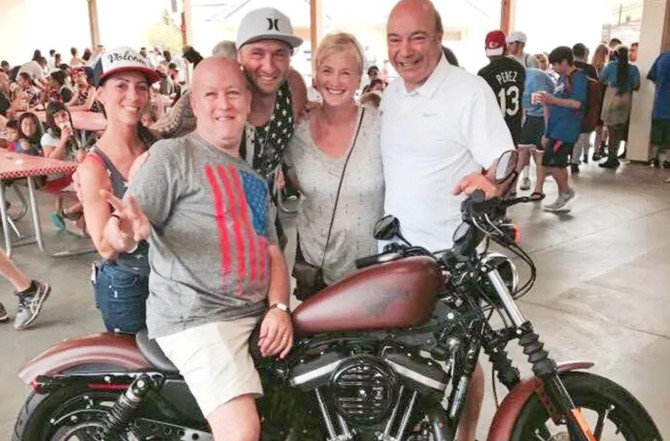 Whether you wash dishes, wait tables or are a manager, everyone gets a Harley after 15 years. Many have never ridden a motorcycle but are excited to have a reason to learn. There have even been two husband-and-wife couples who met at PB&J and now all have their own Harleys.

“One of our dishwashers in Denver always rode his bicycle to a bus, took the bus to a train and then biked from the train to work every day,” Paul said. “When he got his Harley, he just couldn’t believe it. He’s still working here and its now been 20 years.”

“It never gets old giving away a motorcycle,” Pat said. “I always get tears in my eyes. It’s an accomplishment, and it says a lot about our company and our employees.”

The H-D dealership behind the scenes supporting the motorcycle giveaways for the past 10 years is Yeager’s Harley-Davidson in Missouri. Owner Larry Yeager and his staff go above and beyond to make sure the bikes are delivered for the presentations and that the new owners get the world-class support customers can expect from Yeager’s and Harley-Davidson.

“Yeager’s H-D does a great job taking care of us,” said Paul. “They’ve even delivered bikes all the way to Denver. They’ve made us feel part of the family.”

With nine bikes being presented this July, the tradition will continue, and dreams of personal freedom will continue to be realized each year. And for some who are wondering what’s in store when they reach 25 years, Paul doesn’t have an answer yet. 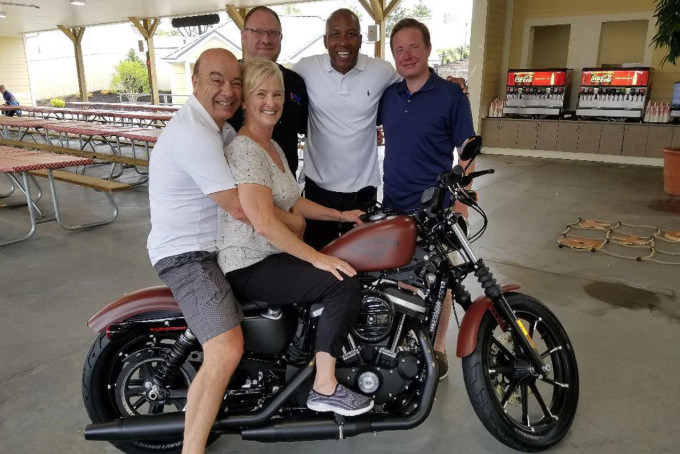